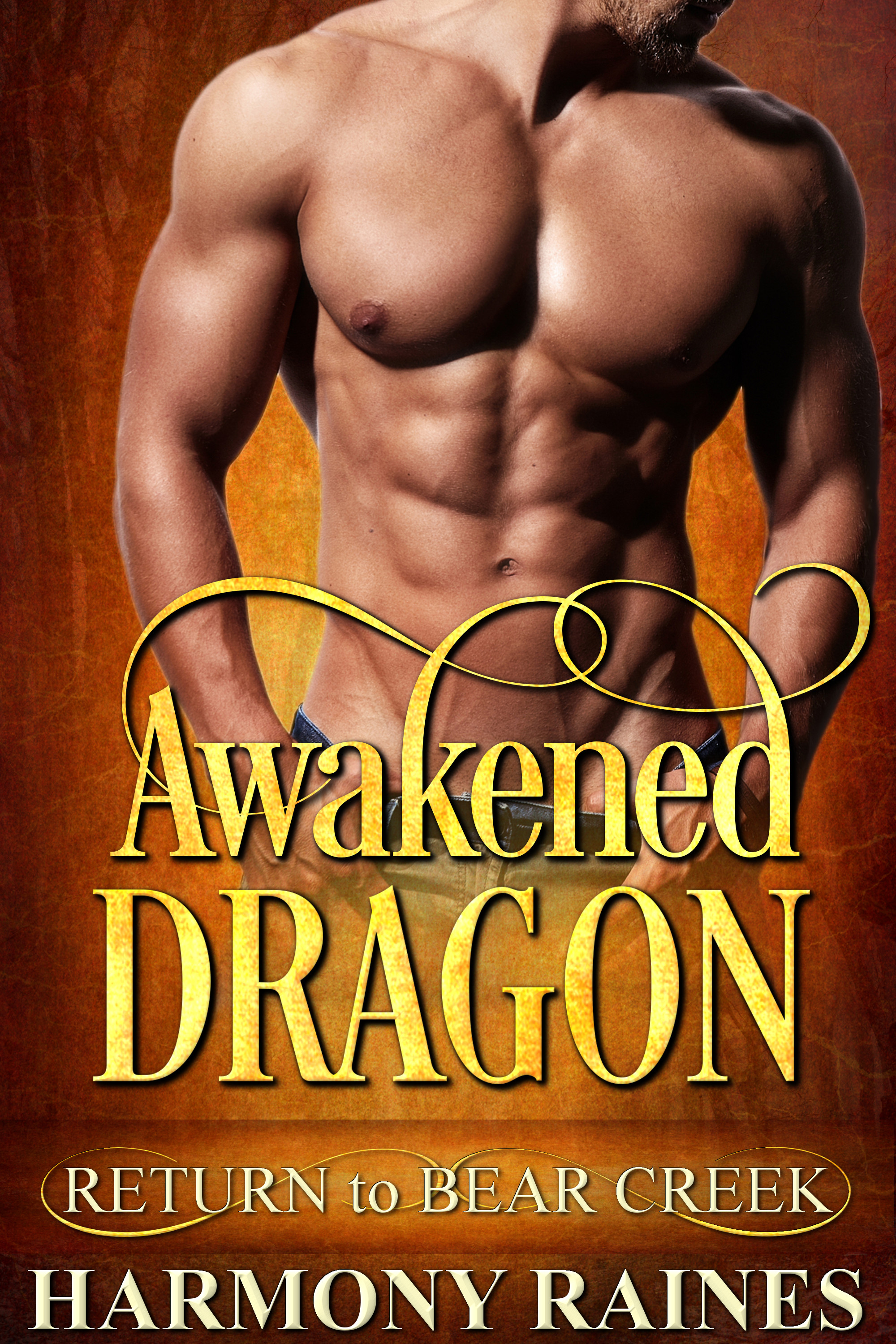 Past and present collide in Awakened Dragon

Discovering there might be more dragons in the world sets dragon shifter, Ruby, on a journey to awaken them. What she never expected, was to find one in Bear Creek. Well, Wolf Valley, to be precise.

And she didn’t exactly find him.

Magnus Dumas walked out of the mountains one day with only the tattered clothes on his back. No memories, no possessions, the only thing he is sure of is his name. Until he meets Ruby.

Now he’s sure of two things his name and that Ruby, who tells him she is a dragon shifter, is his mate. How else can he describe the intense feelings he has for her, and the strong need to protect her—even though she is more than capable of looking after herself.

If only he could let go of his forgotten past and concentrate on his future. But without his memories, how can he know if he is a good or bad person.

A discovery leads them to his true identity. A discovery that tells them Magnus Dumas is from another time. As the mystery unfolds, can they work together to solve the puzzle?

When the stakes are high Magnus and Ruby learn that the only two people in they can trust is each other.

We use cookies on our website to give you the most relevant experience by remembering your preferences and repeat visits. By clicking “Accept”, you consent to the use of ALL the cookies.
Do not sell my personal information.
Cookie SettingsAccept
Manage consent

This website uses cookies to improve your experience while you navigate through the website. Out of these, the cookies that are categorized as necessary are stored on your browser as they are essential for the working of basic functionalities of the website. We also use third-party cookies that help us analyze and understand how you use this website. These cookies will be stored in your browser only with your consent. You also have the option to opt-out of these cookies. But opting out of some of these cookies may affect your browsing experience.
Necessary Always Enabled
Necessary cookies are absolutely essential for the website to function properly. These cookies ensure basic functionalities and security features of the website, anonymously.
Functional
Functional cookies help to perform certain functionalities like sharing the content of the website on social media platforms, collect feedbacks, and other third-party features.
Performance
Performance cookies are used to understand and analyze the key performance indexes of the website which helps in delivering a better user experience for the visitors.
Analytics
Analytical cookies are used to understand how visitors interact with the website. These cookies help provide information on metrics the number of visitors, bounce rate, traffic source, etc.
Advertisement
Advertisement cookies are used to provide visitors with relevant ads and marketing campaigns. These cookies track visitors across websites and collect information to provide customized ads.
Others
Other uncategorized cookies are those that are being analyzed and have not been classified into a category as yet.
SAVE & ACCEPT

Join my newsletter today and I’ll send you updates on my books, giveaways and other Harmony Raines news! You’ll also receive a link to my free books. Don’t worry, you can subscribe at any time.

You have successfully subscribed. Please check your inbox and confirm your email address.

Go to https://www.harmonyraines.com/privacy/ with regards to your personal information. It won’t be shared or used by anyone other than Harmony Raines.